Rioja is one of Spain's most well-known wine regions. One winery, La Rioja Alta, located in Haro, stands out as one of the area's oldest and most prestigious wineries. It all began in 1890 when five families formed the winery. In 1904, the winery merged with the Ardanza Winery. Today, three families remain of the original five. Some wine labels pay homage to those three families—Ardanza, Alberdi, and Arana. Four wineries encompass the La Rioja Alta brand, and each represents a distinct wine region as La Rioja Alta has expanded beyond Rioja. The wineries include La Rioja Alta, S.A. in Rioja Alta, Torre de Oña in Rioja Alavesa, Lagar de Cervera in Rias Baixas, and Aster in the Ribera del Duero.

All four wineries integrate the La Rioja Alta philosophy of combining traditional methods with new technology. The process constantly evolves in both the wines' structure and through the expansion of winery production.

La Rioja Alta has accomplished many firsts that solidify its reputation for being ahead of its time. In 1890, they named a woman, Doña Saturnina García Cid y Gárate, as president. Their first winemaker, a Frenchman, Monsieur Vigier, created the first vintage release, Reserva 1890, now called Gran Reserva 890.

As is common in the travel industry, Wander With Wonder sometimes receives complimentary products and services. However, you can always count on Wander With Wonder to report with honesty and integrity on those places we believe offer wonderful opportunities for our readers. Wander earns income from ads and affiliate links on our site. Some of those links are for Amazon. As an Amazon Associate, Wander earns from qualifying purchases. None of these practices influence our reporting, but we believe in full disclosure. For further information please visit our legal page.

Winemaker Julio Sáenz Fernández steered the La Rioja Alta brand for 17 years starting in 2005. Under his tutelage, the wines are considered new classics. As a result of his guidance, the winery still hand-picks grapes, produces barrels in American and French oak onsite at their Haro facility, and distributes 100% direct to customers. 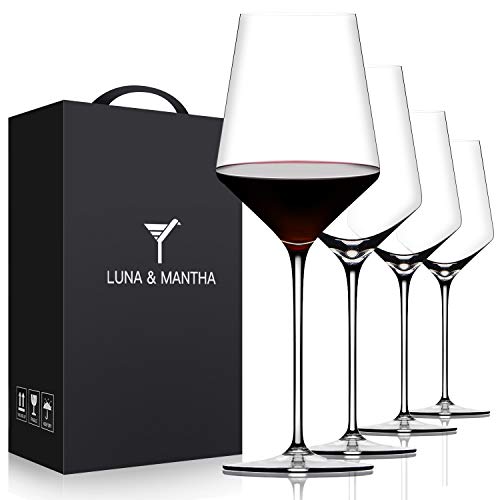 Fernández's influence also manifests in the characteristics of the wine, which are steeped in traditional methods to bring out the elegance, delicacy, sophistication, complexity, balance, and long life of each bottle. The new world aspects of the wine include the color, freshness, fruit, and rounded tannins.

The Rioja region consists of three different zones—Rioja Alta, Rioja Oriental, and Rioja Alavesa. Its old-world style of creating wine defines the Rioja Alta. This region's location at a higher elevation causes a shorter growing season. Characteristics of the wine include fruity flavors and a lighter palate. Rioja Alavesa produces fuller-bodied wine with higher acidity. The soil is in poor condition causing the vines to dig deeper into the ground for nutrients. The Rioja Oriental has more Mediterranean influences and is the warmest and driest of the three zones. The wine from this zone is darker and higher in alcohol and often is blended with wines from the other two zones.

Known for Albariño, Spain's most famous white variety, Rais Baixas is located in a cooler region in Galencia, Spain, and has carried the designation of Denominación de Origen, DO since 1988.

Ribero del Duero is located in Spain's northern Plateau. The region became a denominación de origen, DO in 1982. Flat and rocky terrain define this region. The soils consist of silty or clayey sand layers, alternating with layers of limestone, marl, and chalky concretions.

The area produces primarily red wine, with Tinta Fina (Tempranillo) being the most widespread grape. Other grapes used in the area include Cabernet Sauvignon, Merlot, Malbec, and Garnacha. 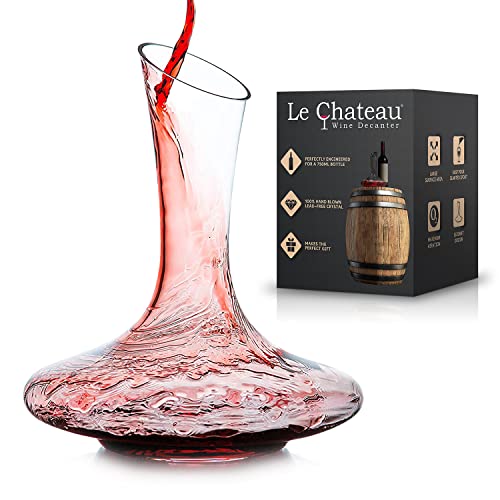 Rioja's requirements for white and Rosé wines want a minimum of six months of aging in barrel, but in the case of Gran Reserva wine, it is 48 months of age-limited to six months in wood.

I am always excited to taste the wines of La Rioja Alta as the quality speaks for itself. My first food and wine paired tasting was at the Bel Air Hotel in the garden and the second was at Tesse West Hollywood. The third tasting with La Rioja Alta was my first time trying the new Fanny's restaurant at the Academy Museum of Motion Pictures. Besides the fabulous wines at each tasting, I found it interesting to see each chef's creative take on the food and wine pairings.

At Fanny's, the setting was nostalgic Hollywood movies meets sleek modern style. Fanny Brice, the restaurant's namesake, was a legendary movie, vaudeville, and radio star that Barbra Streisand portrayed in Funny Girl. The décor seems ideal for the restaurant's theme and the museum's architectural elements. 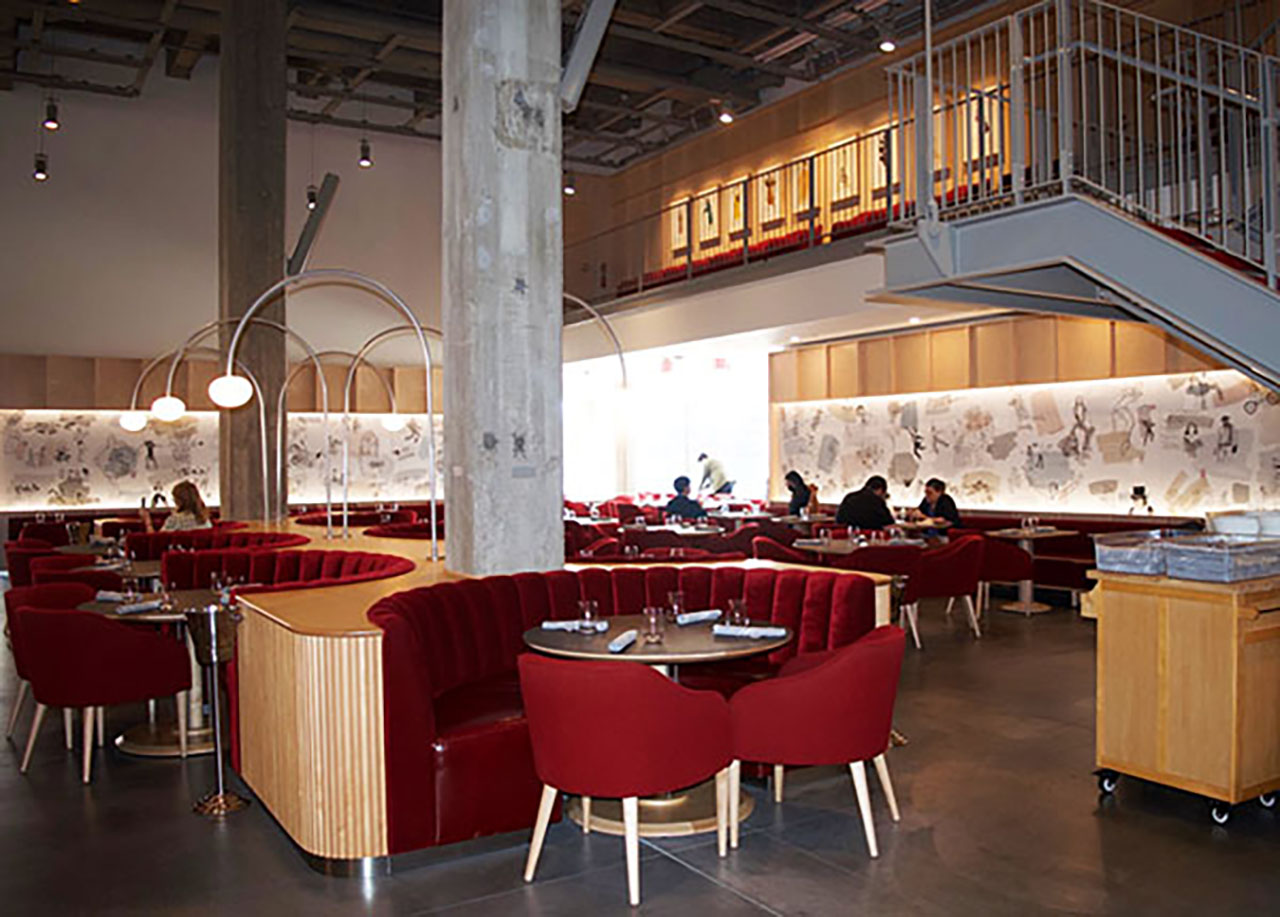 I was welcomed with a glass of the 2020 Lagar de Cervera Albariño. With its crisp tropical flavors of green apple and melon, it was the perfect way to start this luncheon hosted by Mike Miller of Golden State Wine Co.

The chef's four-course meal was perfect. I gobbled up the first course—Black Truffle Hummus with crispy mushroom and parsley. I could have made a meal of this hummus. This course paired with a 2016 Bodegas Aster Crianza from Ribera del Duero.  The wine combines a modern and classic style; fruit forwardness followed by American oak. 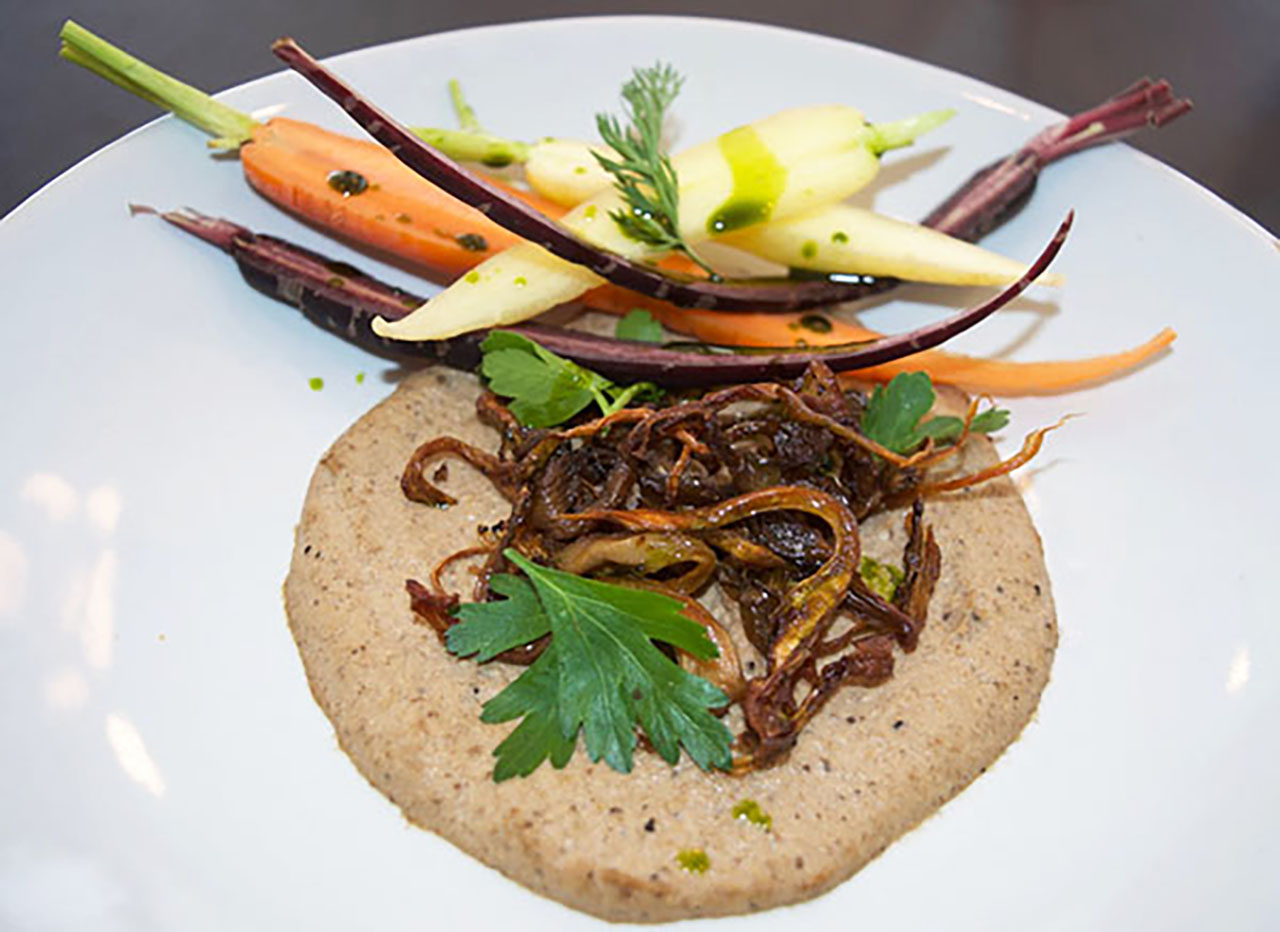 A vertical wine tasting is an opportunity to sample several different vintages of the same type of wine from a winery. It promotes a sensory investigation of wine. As a wine writer, I consider vertical tastings a special treat because experiencing the oldies becomes a wow moment. I get to observe the development of the wine from some very well-known wineries over time. Often certain vintages are deemed and labeled Especial. For La Rioja, the 2001 Viña Ardanza Reserva was one of those years. Other La Rioja Alta, marked Especial, include 1964, 1973, and 2010. Our sampling had several vertical tastings.

Viña Ardanza signifies La Rioja Alta’s most iconic wine that combines primarily Tempranillo with Garnacha.  As a whole, these wines are rich, elegant, and complex. 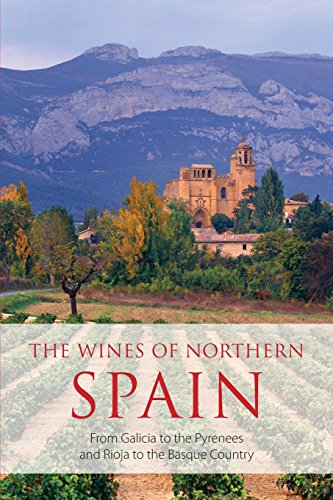 The wines of northern Spain: From Galicia to the Pyrenees and Rioja to the Basque Country (Classic Wine Library)
Buy on Amazon

The 2001 vintage represents the first year the wine was aged entirely in barrels coopered at the winery. However, 2001 is considered a scarce year in terms of grapes, thus making the wine exceptional. I found the color intensity and the wine complex yet elegant. 2005 showcased dark fruit with a lively demeanor. Obviously, 2015 was very youthful and had brighter fruity nuances.

Torre De Oña Finca Martello represents La Rioja Alta’s modern-style wines composed of Tempranillo, Garnacha, Mazuelo, and Viura. We sampled the 2014 and 2015 wines. The wines are all about the fruit. My first impression of these wines is the fruit followed by tobacco flavors. Finca Martello conveys more acidity and darker fruit. The 2015 wine presented a fresher profile.

The vertical of Viña Arana included the 2014 and 2015 vintages. Viña Arana combines Tempranillo with a small amount of Graciano. The 2014 wine represents the 2nd vintage of this brand. Think mushrooms on the nose and palate; other aromas include coffee, mocha, and cedar. I found a full-bodied wine with flavors of plum, vanilla, and cloves. The 2015 version tasted younger and more elegant.

The 904 series pays tribute to the merger of the two wineries La Rioja Alta and Ardanza in 1904. The first wine after that merger was the Reserva 1904, now called the Gran Reserva 904. The numbering changed because people thought they were purchasing a wine made in 1904. This vertical consisted of a 2011 and a 1997 Gran Reserva 904. Both blend Tempranillo from 60+-year-old vines with Graciano. In 2011, the blend saw less Graciano than in 1997. The 1997 vintage, due to its age, expressed subtly and refinement. Gran Reserva 904 2011 expresses beautiful nuances of dried fruit accented with hints of smoke and black tea. It is a wine that you want to savor every sip.

As one of Spain's premier wineries, La Rioja Alta continues to forge its way forward, preserving its legacy. This year they began purchasing older vineyards that follow their methods of cultivating grapes, producing low yields. This action represents part of La Rioja Alta's goal to protect old vines. Most of these vineyards lie in Rioja Alavesa. At the same time, a new fermentation facility is under construction at the Torres de Oña Winery in Rioja Alavesa. These changes promote La Rioja's goal of improving its wines for generations. Plan a trip to taste these amazing wines and learn about their wine-making traditions. Check out Wander for more of our favorite wineries and wine pairing experiences.

Why You Must Wear Goggles While Skiing

New to skiing? Wondering if it's always necessary to wear goggles while skiing? Need help finding the best goggles?...

END_OF_DOCUMENT_TOKEN_TO_BE_REPLACED

Escape to Phoenix, AZ this winter. A multitude of outside activities awaits the traveler looking to savor the area's...