Photo of the day: study in cultures

Quite literally, the old cliqué applies with today's photos: a picture is worth a thousand words, and thousands of years. I've chosen two photos that capture the culture of two ancient civilizations: the Mayan civilization in Mexico and the ancient Egyptian civilization in Egypt. 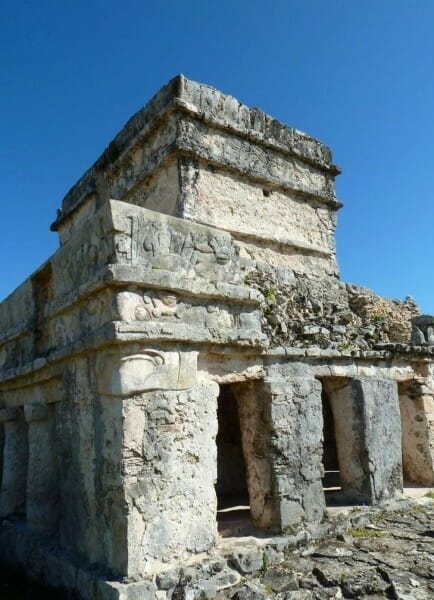 This photo captures the intricate carvings in the rock in the remains of a Mayan temple in Mexico's Mayan Riviera south of Cancun. For many centuries, the former bustling royal city of Tulum was covered with heavy jungle growth until it was discovered, excavated, and now on display for the throngs of tourists that visit each day. 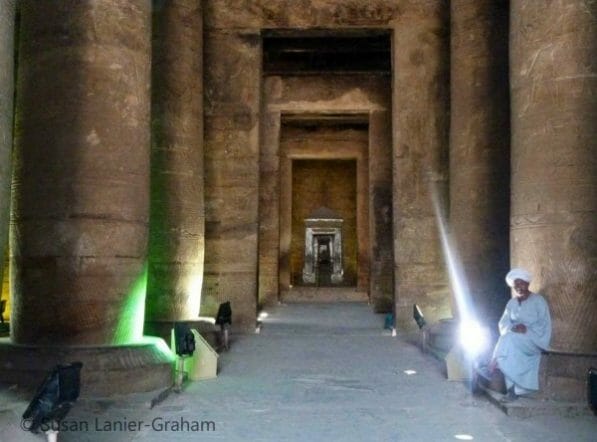 Temple at Edfu in Egypt. Photo by Susan Lanier-Graham

This photo captures the darkened interior of a temple on Egypt's Nile River. The temple, originally built in Edfu beginning with the reign of Ptolemy in about 237 BC and extending into the reign of Cleopatra in 57 BC, is a magnificent sandstone building.

Two very different examples of how two cultures from half way around the world from each other paid respect to their gods. The testament is that both still stand strong today despite throngs of visitors each year.