Home >> Eat & Drink >> Wines and Spirits >> New Mexico Wine: Exploring the Past and Embracing the Future

The New Mexico wine industry seeks to honor its past while forging ahead, elevating wines, and embracing the future of the state's wine industry.

New Mexico wine has come a long way from its beginnings in the 1600s. Today’s winemakers are making their mark and elevating the wine to new limits. One shining wine star is Sean Sheehan of Sheehan Winery. Sheehan represents a new breed of winemaker—one who is taking the lead on promoting New Mexico wine across the United States.

The History of New Mexico Wine

New Mexico’s wine history and grape growing started long before the first plantings in California and other states. In fact, New Mexico wine dates back 392 years ago, circa 1629. Franciscan Friars brought vines from Spain and planted the first grapevines along the Rio Grande River near Missionary settlements. One could say the birth of American viticulture started in New Mexico. By the 1800s, wine was considered one of the top three exports in New Mexico.

Prohibition hit the state hard. New Mexico didn't begin to see a resurgence of its wine industry until 1977. It began with the opening of La Viña in La Union, and soon after, La Chiripada opened in Dixon. By the 1980s, many Italian, French and German immigrants settled in the area because land values were less expensive than areas like Napa.

In 1981, Hevré Lescombes, a fifth-generation winemaker, left Burgundy to set up roots. Paolo D’Andrea, a fourth-generation grower from Friuli, moved to Deming to manage New Mexico’s largest vineyard. By 2001 he founded his winery, Luna Rosa, and a nursery that now supplies vines throughout the southwest. In 1984, Gilbert Gruet purchased a property in New Mexico.

It was not easy in the beginning because competition from California and Europe made it very difficult for New Mexico wine to get a stronghold in the industry.

The New Mexico Wine & Grape Growers Association was created in 1991. They work together supporting family-owned wineries throughout the state. In 2016, they launched the VinaVino campaign and shortened their name to New Mexico Wine. The mission is to promote, protect, and educate. Today, there are over 50 winery members.

Although not an AVA, Northern New Mexico, located about 45 miles north of Santa Fe, is home to several wineries and vineyards. 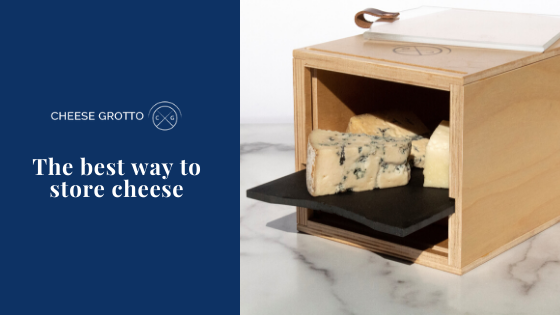 The Mimbres Valley AVA is located in the southwest portion of New Mexico near Deming. This AVA denotes New Mexico’s largest appellation. Soils consist of Alluvial river deposits, mostly clay and loam. Elevations range from 4300 to 6000 ft. The climate is continental, with hot summer days, cool nights, and cold winters. Mimbres Valley is often compared to Mendoza, Argentina, because of similarities in elevation, climate, and soils. The only difference being the Andes Mountains. This AVA represents the largest and oldest vineyards in New Mexico. Located in the Las Cruces area, the Mesilla Valley AVA extends along the Rio Grande into Texas and is New Mexico’s smallest AVA. The soils in this region consist of Alluvial sandy loam, clay, and sedimentary deposits. The elevations range from 3700 to 9000 feet, although most vineyards reside around 4300 feet. In the summer, the climate is warm with cold winters.

The Middle Rio Grande Valley Appellation lies along the mid-section of the Rio Grande in central New Mexico and spans from Santa Fe to just south of Albuquerque. Most vineyards are planted at elevations between 4500 and 6500 feet. The semi-arid region experiences hot days and cool nights in the summer and cold winters. The soils consist of well-drained sand and loam.

New Mexico is capable of growing a wide range of varieties. Cabernet Sauvignon, Chardonnay, and Merlot are popular. Cool-climate grapes grow in the northern portion of the state, including Riesling, Gewürztraminer, Cabernet Franc, and Pinot Noir. In the southern part of the state, you can find Italian, Rhône, and Spanish style varieties including Sangiovese, Dolcetto, Aglianico, Barbera, Montepulciano, Refosco, Viognier, Syrah, Mourvédre, Grenache, and Tempranillo.

No particular grape defines New Mexican wine. Instead, it characterizes a style with so many varietal options.

In New Mexico, the style of wine leans away from robust and very ripe wines. Instead, the New Mexico wine style gravitates toward more earthy flavors associated with old-world wines. The wines are lighter yet brighter in quality, especially the red wines.

Gruet was one of the first to take on this approach in their wines. It carries down to some of the newer winemakers such as Vivac, Noisy Water, and Sheehan. They use traditional methods, emphasizing the heritage of the region, and then add a new progressive approach that includes experimentation by trying new winemaking concepts.

One long-standing winery in New Mexico is Gruet. Like their predecessors, this winery has imprinted on American viticulture with its profound influence on sparkling wine. Gruet is now the largest producer of sparkling wine in the United States.

Gruet put New Mexico on the map as a wine-growing and producing region. It gave New Mexico wine a name across the nation.

Have Gruet Brut Rose delivered to your home

from: Wired For Wine

Sean Sheehan represents the younger generation of winemakers and is an inspiration for New Mexico wine today. His passion and spirit exude the love he has for his craft. Sean signifies the new standard of making wine in New Mexico.

Sheehan experiments with varieties such as Mourvèdre, Vidal blanc, and Aglianico and includes hybrids and varieties like Chambourcin in his lineup. All are grown locally.

Note: Chambourcin, popular for producing lean reds in Virginia, is a “French-American hybrid created sometime in the late 1940s, but available only since the 1960s. … No pronounced grapey/animal fur aromas and flavors. Makes good and very good wines.” — Karen MacNeil, The Wine Bible

Chambourcin was the first grape Sheehan planted in his vineyard, which he started approximately twelve years ago. The vineyard is located just south of Albuquerque and is named after his wife, Elyce. He describes Chambourcin as bright and red fruit-driven and calls it New Mexico’s Rhône variety.

One of Sheehan's goals is to showcase the fruit and, as he calls it, the sunshine of New Mexico. His wines reflect not only the sunshine but the altitude, dry climate, and soil of New Mexico. His motto is knowing the ins and outs of making wine and recognizing when you can deviate from the plan. Ultimately he creates single-vine wines.

The focus of Sheehan's wines is farming, as he uses little intervention. In essence, he is showcasing the small family farmers of New Mexico.

Sheehan produces his wines in his garage, so the term Garagiste aptly applies. Located in the heart of Albuquerque, I spent an afternoon at his home in the garage. Fortunately, New Mexico allows winemakers to have a winery in their backyard. Sheehan opens his winery to the public one day a month. At those tastings, he shares some of his new releases.

As a boutique, small-batch wine producer, Sheehan produces more than 35 different wines. Many of these wines garnered the title best wine in the state several years in a row.

During the afternoon I spent with Sheehan tasting wines, I discovered a few favorites.

Sheehan strives to make New Mexico known for its wine, and he easily achieves his goal through his engaging personality and, of course, what one finds in each bottle of his wine. Sheehan is unpretentious, drawing people in and at the same time bringing his wines to the public. In a very real way, that defines the essence of New Mexico wine—unpretentious, engaging, accessible.