One of my favorite eateries in Taipei, Taiwan is Din Tai Fung, which served up classic Xiao Long Bao, or steamed soup dumplings. 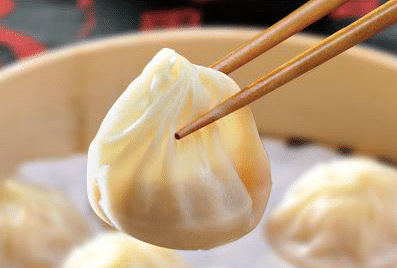 When I visited Taiwan, the thing I noticed first was how much the Taiwanese people love food. There are street markets filled with every assortment of food, restaurants on every corner serving up Asian specialties, and an interesting collection of food vendors in the most unlikely places. I also noticed that Asian food in Taiwan is nothing like the Asian food we serve here in the U.S. It has more depth of flavor and there's a delicate touch to even the simplest dishes. This was nowhere more evident than when I ate dinner at Din Tai Fung.

Din Tai Fung is a Taipei classic. The store was founded in 1958 as a retail shop for cooking oil. In the 1970s, people started using less cooking oil and the business started to decline. In response to the changing economy, this family-owned business transformed itself into a restaurant and began serving Xiao Long Bao in 1974. Since that time, the business has expanded with several restaurants in Taiwan as well as international branches now in the U.S., Japan, China, Singapore, Indonesia, South Korea, Malaysia, Australia, Hong Kong, and Thailand. It's frequently a spot where world leaders and celebrities alike visit when they go to Asia and the Hong Kong branch even earned a Michelin star in 2010. I was thrilled when I discovered we would be dining there. 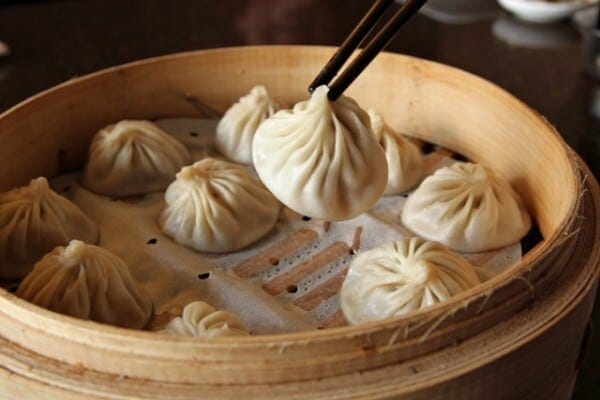 These aren't the dumplings you get at the local Asian take-out place in the U.S. I've been told that not even the US branches of Din Tai Fung in the U.S. can make dumplings like they do in Taipei. When we arrived at the Zhongxiao branch of Din Tai Fung, I was relieved that we were escorted around the long line waiting in the rain to get into the restaurant and were seated right away at a large table. (There are advantages to going with a group of journalists.)

You can expect the long lines when you visit. Tourists sometimes wait for hours to be seated in the famous eatery. I was a little surprised once inside that it was a fairly basic room. Nothing fancy. No tablecloths. I soon realized why. The entire focus is on the food and the Taiwanese take eating Xiao Long Bao very seriously. The aroma was incredible. I could smell the broth and meats from the steamed goodies at the tables around me. My mouth started watering and I hoped I didn't have long to wait.

The waitress quickly approached the table, her arms laden with bamboo steamers filled with the tasty little dumplings. We had several different varieties, but I opted first for one of the classic pork dumplings, Din Tai Fung's best seller.

How to Eat Dumplings at Din Tai Fung

Before eating, however, we had to be instructed on the proper way to eat them: 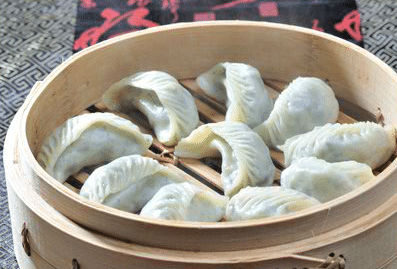 Unlike a tea ceremony (read about my experience in a tea house in Taiwan), this careful process isn't done for show. If you don't eat the dumplings exactly right, you'll lose all that glorious broth–it'll end up down the front of your shirt. Plus, they are extremely warm when they first arrive at your table in the steamer. After the first couple of dumplings, I didn't find it necessary to be quite as careful with the heat, but I definitely didn't want to lose any of that delicious broth. These are, quite simply, the most amazing dumplings in the world. They are light, full of flavor and there's never a taste of dough. They are to be savored and enjoyed slowly. I found myself constantly picking up the dumpling and taking a huge smell before taking a bite because it was so rich. The waitress told me that enjoying Xiao Long Bao is taking a “Taste of Taiwan”. I definitely agree. It packages all those incredible smells and flavors into such a nifty little package. 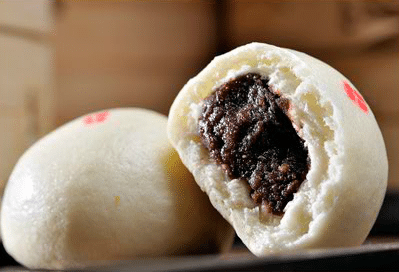 In addition to the traditional pork dumplings, I also tried Green Squash and Shrimp Xiao Long Bao. After the soup dumplings, we also sampled a couple of the restaurant's other offerings, including Steamed Vegetarian and Mushroom dumplings (these are also steamed, but have no soup inside of them) and Red Bean Buns. The buns, while also steamed. are more doughy than the dumplings or Xiao Long Bao. I am still a little undecided on the Red Bean paste that Asians love so much. I have a bit of a love-hate relationship with it.

We spent almost two hours at Din Tai Fung, sampling a variety of Xiao Long Bao, rice, other dumplings, and the buns. Long after I left, though, I could still smell that fragrance of the broth in those pork dumplings. A little sweet, a little savory, I can definitely see why this is Taiwan's comfort food. We might have chicken noodle soup here in the U.S., but after my trip to Taiwan, when I want something warm and comforting, I always think back to those delicious little pouches of flavor we savored on a rainy evening in Taipei. For more travel inspiration when visiting Asia, see these articles by Wander writers. 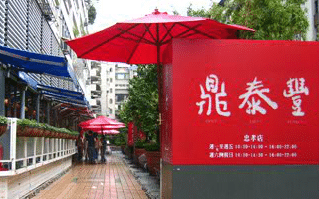 When You Go to Din Tai Fung

END_OF_DOCUMENT_TOKEN_TO_BE_REPLACED 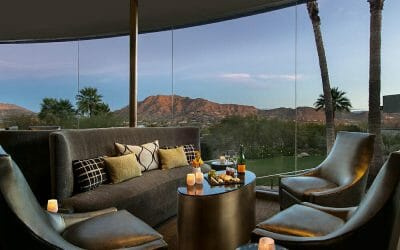 I saw the announcement for Late Lunch & Learn and I almost squealed with delight. Before COVID, one of my favorite...

END_OF_DOCUMENT_TOKEN_TO_BE_REPLACED 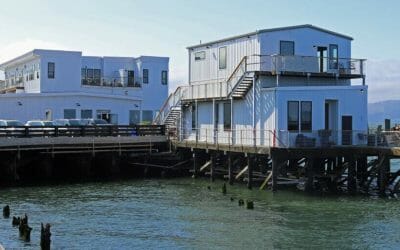 The Bowline Hotel in Astoria Oregon: Luxury on the Columbia River

There’s something mesmerizing about the majesty of the Columbia River, especially when enjoyed in a cozy bathrobe...