At Wander With Wonder, we provide our best recommendations based on our experience and research. This article on Christmas in Prescott contains links to products for purchase. If you choose to purchase one of these products we may receive a commission for that purchase. These commissions allow us to continue to deliver our experiences to you.

In the fragrant Ponderosa pine woods, just 2 hours north of Phoenix, is a small city full of the Christmas spirit. With the colorful lights of historic Courthouse Square, two parades with unique local units, and an amazing night of musicians in more than 100 downtown businesses entertaining revelers, Prescott has clearly earned its designation as Arizona’s Christmas City.

Once Arizona's territorial capital, Prescott is rich with history embodied in its world-famous Whiskey Row, museums, and historical landmarks. Prescott is touted as home to “The World’s Oldest Rodeo” taking place over the Fourth of July and on New Year’s Eve, they drop a lighted cowboy boot. It’s a fun place to tour, hike, and experience the surrounding natural beauty.

Prescott holds a traditional rodeo each summer showcasing the ranching heritage of the area. Photo by Elizabeth R Rose

As much as I love hiking and exploring the pioneer and Native American history of the area, I found that one of the best times to be in Prescott is at Christmas time. 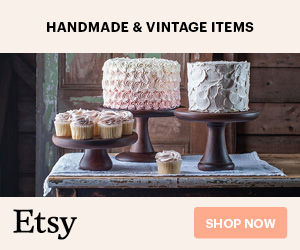 Just after Thanksgiving, the evening holiday lights parade, with its elaborately decorated floats, signals the beginning of the Christmas season. The town businesses go all out with lights and decorations–even the garbage trucks are lit and decorated to join the festivities.

Prescott businesses decorate their vehicles with lights for the parade. Photo courtesy City of Prescott

Annually on the first Saturday of December, the daytime parade brings more than 100 bands, dignitaries, floats, horse units, and more to downtown Prescott. You’ll catch a bit of the western flavor of this town and also their sense of humor. This year’s theme is “Ugly Christmas Sweaters.”

The parade begins at 1 p.m. and lasts for two hours but there’s a good reason to hang out in downtown because at 6 p.m. it’s time for a special lighting ceremony. As the time nears, the community gathers to enjoy the lighting of historic Courthouse Square with its stately columned 1916 building, elm trees, and statues.

The Yavapai County Courthouse is the center of the festivities. Photo courtesy Michael Wilson

Surrounding the Yavapai County Courthouse is the grassy square with a gazebo. It’s all warmly lit for the holiday serving as the colorful center of the historic downtown and lasting through mid-January.

Many towns have Christmas parades and lights, but Prescott has a unique event known to locals as “Acker Night.” Produced solely by volunteers, Acker Night was created to fulfill the wishes of benefactor and Prescott businessman, James S. Acker who once sold school and music supplies to local children from his general store. He was determined to see that part of his estate, after his passing in 1955, be dedicated to the promotion of music in the town, especially for children.

In 1988, Prescott resident LaVon Anderson, ​who was also a strong advocate of children's music, came up with a plan to combine the promotion of music and Prescott's historic downtown together in a memorable Christmas event. The J.S. Acker Musical Showcase, as she called it, was a success. Today, the December event features more than 100 downtown Prescott businesses with more than 100 musicians and performers volunteering their time for the annual evening event.

Acker Night is simply magical. All the businesses, restaurants, hotels and, yes… saloons throw their doors open to the public and host different groups of musicians. As crowds of people fill the streets, they go from business to business to explore what’s inside and listen to music. I entered the door of a vintage shop filled with embroidered linens and weathered wooden signs to catch the beat of a young rock band. I joined the circle of people and watched the musicians for a while and then continued down the street.

These young musicians rocked out while asking for tips for scholarships through the Acker Foundation. Photo by Elizabeth R Rose

In a western clothing store, all the way at the back was an amazing country duo playing fiddle and guitar surrounded by boots and Native American art. I sat in one of the weathered leather couches along with locals, some dressed in their cowboy finery, and listened to at least three of their songs.

And each business had something different and exciting going on musically. But I didn’t want to miss Whiskey Row. I convinced a journalist friend of mine, visiting from Austria, to join me and we pushed open the swinging saloon doors at The Palace Saloon and headed to the back to find an amazing country-western band playing. For a European travel writer, this was an iconic American scene, to be remembered and written about when back at home. We checked out a few more saloons with equally talented musicians and, by then, we were pretty hungry.

The saloons were filled with people drinking and eating and enjoying some true country music. Photo by Elizabeth R Rose

​​​Our group, in continuing with the historic theme of the downtown area, gathered at Murphy’s for dinner. Housed in an 1890 mercantile building, Murphy’s is known for high-end American fare, including steaks and seafood, in a historic setting with antiques and a century-old mahogany bar.

We headed past the bar to a somewhat secret back room, just the right size for our small group, and enjoyed appetizers and special meals such as Murphy’s famous grilled fresh salmon.

Murphy's is known for their crab cake appetizers. Photo by Elizabeth R Rose

When You Go To Prescott, Arizona's Christmas City

At an elevation of 5,367 feet, Prescott tends to be cool in December with chilly evenings so bundle up, especially for the night parade.

Make your hotel reservations early in Arizona's Christmas City because this is a popular time in Prescott. Last but not least, Prescott is pronounced “Presskit” by locals and no one knows why. For more places to enjoy in Arizona see our articles by Wander writers.

Note: The author toured as a guest of the Grand Circle Association. As is common in the travel industry, the writer was provided with complimentary accommodations, meals, tours, and other compensation for the purpose of review. While it has not influenced this review, the writer believes in full disclosure of all potential conflicts of interest.

Tonight at @thehenryrestaurant in PHX we had a tas

I hope that the #monthofmay brings you plenty of s

There is a bit of magic in an #arizonasunset and t

We had a chance tonight to hang out in @glendaleaz

We had a great time shopping the #roadside markets

Happy #spring! I love the gorgeous bouquets I pick