NEWS: Celebrate the Godfather of Tiki at The Golden Tiki on 2/22 in Las Vegas

The Golden Tiki , Las Vegas‘ world-famous premier tiki bar, has announced a special celebration for Don The Beachcomber's birthday. On Thursday, Feb. 22 from 9 p.m. to midnight, The Golden Tiki will host a tribute to the founder of  tiki cocktail culture with several of Las Vegas' preeminent bartenders, a special performance by house band The Sharps, and more revelry. Guests are encouraged to dress in Hawaiian shirts and tiki wear. Admission is free. “It's pretty simple, there really wouldn't be any tiki bars without Donn Beach,” said Branden Powers, managing partner of The Golden Tiki. “So why wouldn't we throw him a birthday party? Every tiki bar should do it!”
Bartenders will be offering their original takes on Donn Beach classic cocktails for a special price during the event. Confirmed to participate are Rebecca Hayden (Fleur), Wendy Hodges (Fusion Bar), Adam Rains (Flock & Fowl), Jessica Lee Westergom (The Black Sheep), with others expected. 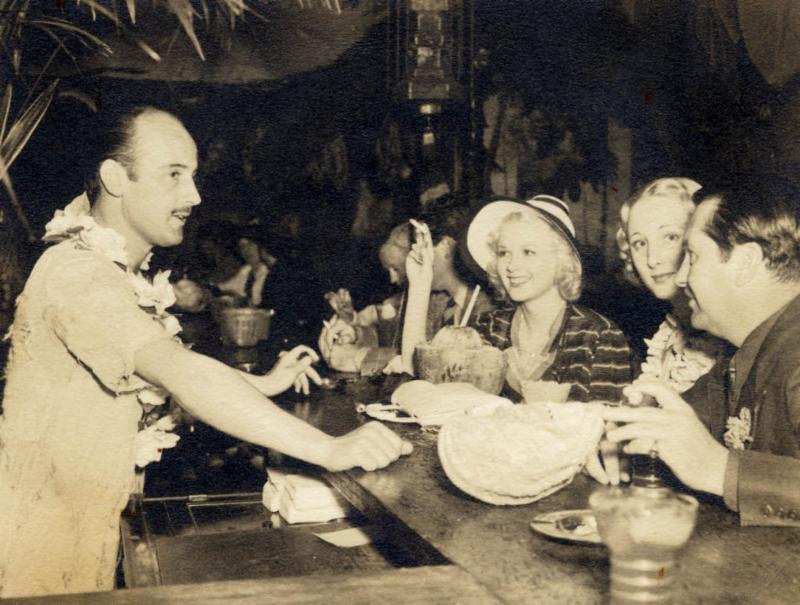 Born Feb. 22, 1907, Earnest Raymond Beaumont Gantt would be 111 if alive today. A Texas native, Gantt traveled the Caribbean and South Pacific, briefly working as a bootlegger, before opening the original Don's Beachcomber in Hollywood in 1933. He is credited with creating cocktails including the Zombie, Tahitian Rum Punch, one version of the Mai Tai, and the Navy Grog (ironically, Gantt was a Major in the Air Force) among many others. Eventually, he would legally change his name to Donn Beach; create the Polynesian Villages and original International Marketplace in Waikiki; be instrumental in the careers of Martin Denny, Alfred Apaka, and Arthur Lyman; and see a string of Don The Beachcomber bars and restaurants open across the United States (although he did not retain ownership). He said his final ‘aloha' in 1989.

About The Golden Tiki

Located in Chinatown, Las Vegas, The Golden Tiki is a journey to a wondrous land where boundaries are only limited to one's imagination. The vision of hospitality veteran Branden Powers, in collaboration with Seth Schorr, Jeff Fine and Joe Cain, The Golden Tiki has spared no expense in recreating the classic mid-century tiki bar, reminiscent of Don the Beachcomber and Trader Vic's storied establishments. The hand crafted cocktail menu features nostalgic classics and new creations, alongside a strong list of craft beer and rum selections. Collaborating with renowned artists including Tiki Bosko, Billy the Crud, Bill Collins and Oceanic Arts, the one-of-a-kind decor also boasts an animatronic skeleton of the mythical privateer and legend behind The Golden Tiki, William Tobias Faulkner. Open 24 hours a day, The Golden Tiki offers a multitude of experiences and can host private parties up to 145 people. For more information, visit thegoldentiki.com or call 702.222.3196.
Facebook @TheGoldenTikiVegas Twitter @GoldenTikiVegas Instagram @goldentiki

This post is shared as a courtesy! If you are interested in partnering with Wander With Wonder for coverage of an upcoming event or opportunity please contact us.

The open road seems to be a major #Texas theme. Th

Today is #NationalCameraDay so in honor of that, I

It was such a lovely #roadtrip we made from Dallas

It was a spectacular #sunset at @dovesrestcabins t

Exploring a morning hike at @palodurocanyonsp in T

So excited to set out for a responsible #roadtrip